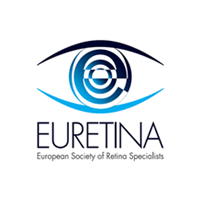 Results: Traces of paraxylene, ethylbenzene, and PFOA (≤30ppm) induced severe toxicity in both cell lines. Hexafluoro-1,2,3,4-tetrachlorobutane and H,1H,7H-Dodecafluoro-1-heptanol were cytotoxic at approximately 10000 ppm. 1H perfluorooctan was cytotoxic at approximately 60000 ppm. High concentrations of 1H,1H,1H,2H,2H-Perfluorooctane and perfluotobutyfurane were not cytotoxic.

Conclusions: Six out of eight perfluorocarbon manufacturing process residuals showed cytotoxicity in the direct contact test according to ISO 10993-5. Paraxylene, ethylbenzene, and PFOA were the most cytotoxic compounds. 1H,1H,1H,2H,2H-Perfluorooctane and perfluotobutyfurane were not cytotoxic.