Method for sterility testing of corneal storage and transport media after removal of interfering antimicrobials: prospective validation study in compliance with the European Pharmacopoeia 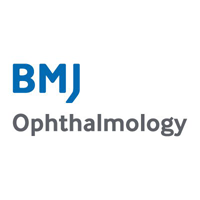 This is a: Publication

Objective: This study aimed at validating the method for sterility testing of the corneal culture medium, TISSUE-C, and the transport/deswelling medium, CARRY-C, according to the method suitability test, as defined by the European Pharmacopoeia (EP), using RESEP, which is a new medical device for removal of antimicrobial agents and an automated culture system.

Methods and analysis: The six EP reference strains were inoculated in TISSUE-C and CARRY-C. Half of the samples were treated with RESEP (RESEP+ group) prior to the sterility testing, whereas the remaining samples were untreated (RESEP− group). Growth controls were obtained by direct inoculation of the micro-organisms in the culture broths. Microbial growth was read by an automated light scattering culture system within 48 hours.

Results: The use of RESEP allowed detection of microbial growth in 100% of the tested samples, with a mean time to detection (TTD) comparable with that of the growth control group. Significantly lower sensitivity (38.83%±20.03% for both media, P<0.05) and TTD variability, depending on the tested micro-organism, were observed in the RESEP− group. The method specificity was 100% for both groups.

Conclusion: The use of RESEP increased the sensitivity of the sterility testing method to 100% and, for the first time, allowed validation of the method for sterility testing of corneal storage media according to the EP method suitability test. This further increases the safety of the corneas intended for transplantation.