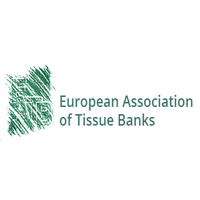 Abstract: RESEP is a device specifically designed for tissue banking, which removes residual antibiotics from tissue and liquid samples undergoing microbiological test
The aim of the study was to evaluate RESEP for microbiological testing of cardiovascular tissue and liquid samples containing antibiotic residues in comparison with the current method used by the Irish Heart Valve Bank (IHVB) and direct inoculation.
Eight heart valves were dissected and placed in an antibiotic cocktail containing gentamicin, metronidazole and flucloxicilline. Tissues were then decontaminated, rinsed with RPMI 1690 and cryopreserved with 10% DMSO. Tissue samples (1 cm3) obtained before and after decontamination were tested using Brain Heart Infusion, Thioglycollate and Sabouraud broths (Biomerieux) for 9 days. The antibiotic cocktail and rinsing solution were tested using the BacT/ALERT system (Biomerieux). Samples were tested with RESEP both by IHVB and AL.CHI.MI.A, where direct inoculation in Tryptone Soy and Thiglycollate broths was also performed. Turbidity was monitored for 14 days and isolated colonies identified genetically.
Before decontamination, all tissue samples showed turbidity with all used methods. Turbidity was detected at 24 – 48h with RESEP and 5 -6 days with other methods.
After decontamination, all tissue and liquid samples resulted negative with IHVB methods. One out of 8 tissues was found positive with the direct inoculation method. 6 out of 8 antibiotic cocktails and 6 out of 8 tissues were found positive with RESEP at 24h and 48h. Genetic identification of contaminants showed the presence of Bacillus and Staphylococcus species. All rinsing fluids resulted negative with RESEP.
RESEP resulted to be the most sensitive method for the detection of contaminants in heart valves and processing liquids, after decontamination. These results point out the importance of a validation of the microbiological analyses of samples containing antibiotic residues.