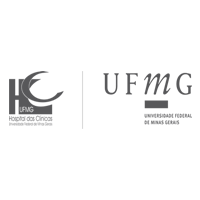 Abstract: More than a decade has passed since the introduction of intermediate-term corneal storage media in Brazil. Two media have been used for this purpose, namely Optisol-GS (Bausch & Lomb, USA) and Eusol-C (AL.CHI.MI.A., Italy). Both are indicated for corneal storage at 4°C for up to 14 days, which is  the most widespread technique for storage of donor corneas intended for transplantation. There are no comparative clinical studies between the two media in the literature. In the present study, we divided 61 corneas in two groups: 31 corneas were stored in Eusol-C (mean postoperative follow-up: 26.8 ±7.4 months; mean endothelial cell density: 949.8 ± 354.7 cells/mm2)   and 30 corneas were stored in Optisol-GS (mean postoperative follow-up: 24.8 ± 20.1 months; mean endothelial cell density: 1.225.2 ± 682.1 cells/mm2). We confirmed the efficacy of both Eusol-C and Optisol-GS for storage of human donor corneas intended for transplantation. No statistically significant differences in biomicroscopy, endothelial cell density, topography, pachymetry and patient’s visual acuity were observed between the media. The quality of life of patients undergoing transplantation was not affected by corneal storage in the two media.