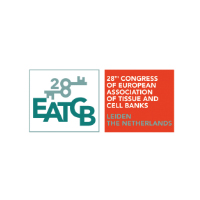 Background: Mesenchymal stromal cells (MSCs) are an Advanced Therapy Medicinal Product (ATMP) that has been extensively used as second-line treatment for acute Graft-versus-host disease (GvHD) after hematopoietic stem cell transplanation.
We currently isolate and expand MSCs starting from umbical cord fragments (UC) collected after caesarian sections. To ensure final sterility of the cells, UC are decontaminated immediately after collection in the operationg room by submerging them for 24 hours at 4°C in BASE.128 (AL.CHI.MI.A. S.r.l.), an antibiotic solution containing vancomycin, gentamicin, cefotaxime, and amphotericin B deoxycolate. Cefotaxime, a cephalosporin, is a beta-lactamic potentially inducing IgE-mediated reactions in humans. For this reasons, the quantification of residues of cefotaxime in the final product is a requirement related to the MSCs product safety.

Aims: To evaluate the efficacy of tissue decontamination and quantification of cefotaxime residues during the different steps of the UC-MSCs production process in the GMP facility of the Advanced Cellular Therapy Laboratory (LTCA), Hematology Unit, Vicenza Hospital, Italy.

Methods: In the operating room UC (n=3) were submerged in BASE.128 immediately after caesarian section. After 24h at 4°C UC were introduced in the clean room, transferred into 50-ml tubes and washed twice with DPBS at room temperature in order to remove debris and red blood cells.
Subsequently, UC were minced in fragments of about 1-2 mm, seeded in reclosable lid TPP flasks in medium containing human-derived platelet lysate and incubated at 37°C, 5% CO2. Medium was changed and cells detached and replated periodically until passage 3 in Corning Hyperflasks. After 26 days in culture, cells were detached, counted, collected in bags and cryopreserved in liquid nitrogen vapor phase.
Samples of processing liquids, UC fragments and cells were collected during UC-MSCs production steps, frozen and sent to Alchilife S.r.l. laboratory for analyses. Cefotaxime residues were determined using HPLC Dionex Ultimate 3000, with Ultra C8 3µm 150 x 2.1 mm column (Restek Superchrom) in BASE.128 solution, after UC decontamination, DPBS washing solution, UC homogenates after washing steps and in the expanded MSCs with and without the thawing solution (UC-MSC final product). UHPLC analyses were repeated in triplicate and means and standard errors were calculated.

Conclusion: The present study showed the efficacy of the decontamination strategy in BASE.128 solution and the complete absence of cefotaxime residues in both UC tissue after washing and in the final UC-MSC product demonstrating the efficacy of the washing strategy during production process thus ensuring the absence of allergenic residues potentially harmful for the transplant recipient.