PFCLs in vitreoretinal surgery: the in vitro search for the maximum patient safety 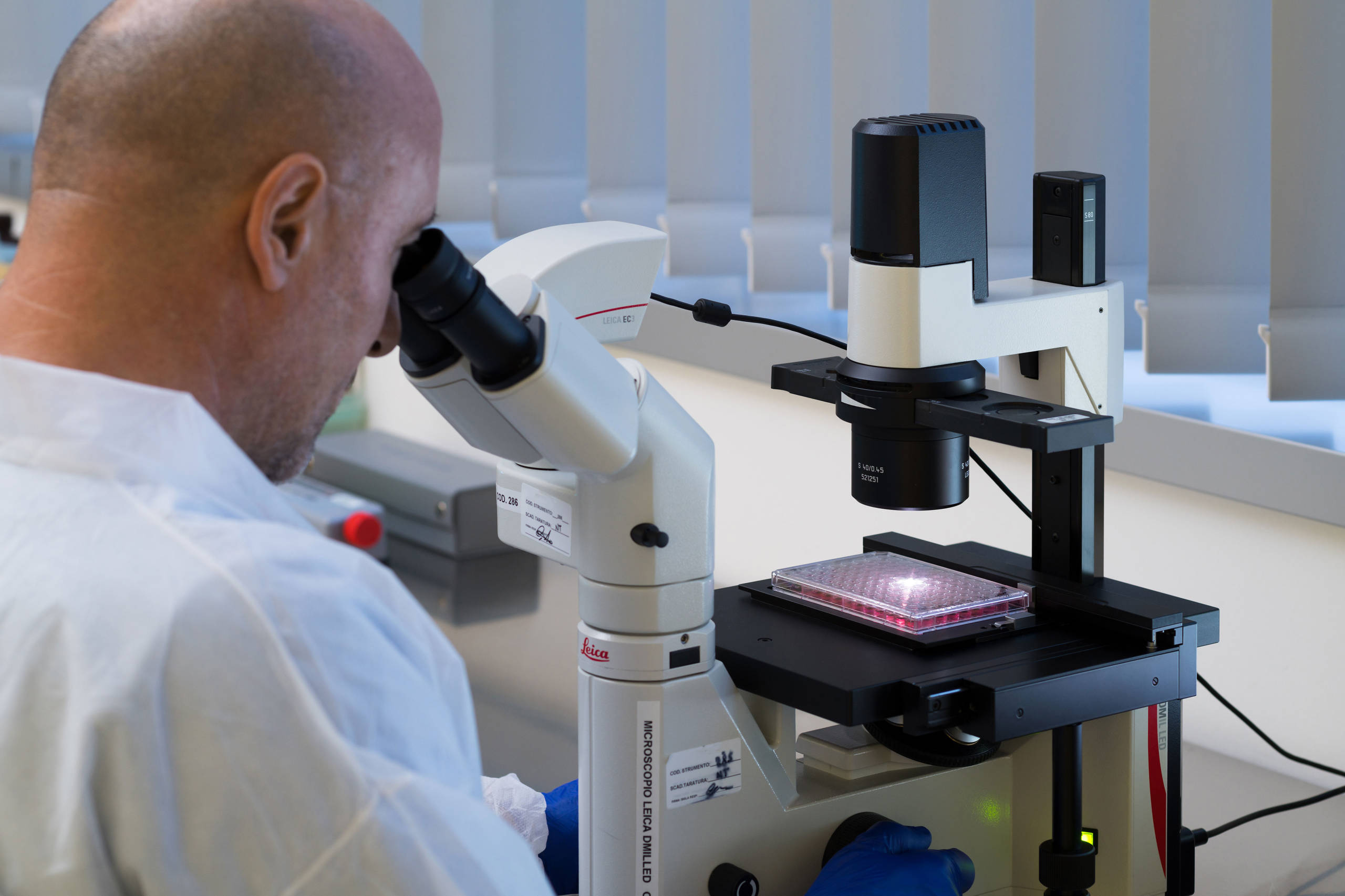 The search for a truly reliable cytotoxicity assay on perfluorocarbon liquids (PFCLs) is becoming one of the “hottest” topics in vitreoretinal surgery.

Since the very unfortunate events occurred during the recent years using perfluorocarbon liquids endotamponades, surgeons want to be reassured that these incidents will not reoccur. With this aim, PFCL manufacturers are seriously committed to do their best to provide surgeons with strong evidences on their product safety.

It is now ascertained that completely fluorinated, unreactive PFCL products such as PFO (perfluoro-n-octane) and PFD (perfluorodecalin) are not toxic by themselves; therefore, all research efforts are now focusing on the search of the best design attributes to detect or, more properly, to exclude the presence of impurities that might lead to ocular toxicity.

Nevertheless, the latest literature clearly demonstrates that this topic is still matter of a great debate, and that an overall agreement in this field is lacking.

Currently, two different approaches are in the spotlight: the H-value determination and the in vitro cytotoxicity tests using direct contact methods.

Menz’s group of research from the Pharmpur Gmbh, while highlighting the clinical relevance of the so-called H-value, defined as the residual amount of reactive incompletely fluorinated compounds in PFCLs, proposed that “The H-value is a measure for reactive and underfluorinated impurities that cause toxicity of PFCLs and should be incorporated in each endotamponade specification with a limit of 10 ppm to prove the effectiveness of the ultra-purification required and ensure a safe product”. The proposal was based on the “evidence that […] incompletely fluorinated by-products that inevitably arise during production and are dissolved in PFCL can, even in minutes quantities, lead occasionally to severe toxic reactions”, and that “the reactivity of incompletely fluorinated compounds and their toxicity are closely related”.

The doubts arisen on the H-value determination method included, among other things, its ability to detect only specific underfluorinated compounds of the form RFRH (having reactive C-H bonds) while leaving undetected other potentially toxic chemical compounds – which were identified in the “unsafe” PFCL used in Spain – such as acids, alcohols, and benzene derivatives; in addition, it was recently shown that using an innovative NMR technology “failed to demonstrate the correlation between the H-content and in vitro cytotoxicity test in ARPE-19 and BALB/3T3 cell lines”. Nevertheless, it must be recognized that the Menz’s group of research admitted that “the article is the first contribution in a planned series of publications aimed at providing tools suitable for ensuring patient safety in the ophthalmological application of perfluoro-carbon liquids (PFCL)”.

A growing interest is gaining the in vitro cytotoxicity test by direct contact method on human retinal pigment epithelial cell line (ARPE-19) according to ISO 10993-5 recommendations.

It should be noted that the direct contact method is, among all the methodologies recommended by the ISO 10993-5 standard, highly sensitive and able to detect even weak cytotoxicity. In addition, as stated by the ISO standard, the application of the PFCL directly on human retinal pigment epithelial cell line (ARPE-19) is, as much as possible, similar to the clinical situation in which the product will be used. Instead, other tests included in the ISO 10993-5 such as the extract method do not obey to this requirement and are much less sensitive for testing volatile and immiscible in water substances as the PFCLs: indeed, in the past the use of the extract method led to falsely negative results, with the well-known bad clinical outcomes in Spanish patients.

It is certainly for all the above-mentioned reasons that two groups of research, the Srivastava’s research group from the IOBA Institute (Instituto Universitario de OftalmobiologÍa Aplicada, Spain), and the team of researchers from Alchilife Srl (Italy), in collaboration with Mario Romano, PhD, from the Humanitas University of Milano (Italy), have dedicated a great effort in tuning up reliable direct contact methods. In fact, this approach requires few, yet very important, technical steps that are strictly related to the physical-chemical specifications of PFCLs and crucial for validating the direct contact method. If, from one side, the high-density properties of these compounds help avoiding any sample evaporation or loss of contact with the cells, from the other one they may lead to insufficient contact area and contact time between the sample and the cell layer, cell mortality induced by sample heaviness and inappropriate cell sensibility. Thus, a careful assessment of all risks of possible direct contact test failure must be performed.

All these requirements were fulfilled by the two research groups, and each of them proposed their validated method:

Let us conclude with these few considerations:

The certified line, completely dedicated to the processing of human tissues and cells intended for transplantation.
discover our HTP products

Alchimia is one of the leading European manufacturer of medical devices in the Ophthalmic Surgery and in the Human Tissue Processing sector with the aim of improving the daily routine of the medical personnel and the quality of life of their patients.